Ward Automation were delighted to receive an award at The 2018 Sligo Business Awards. The team won the Best Innovation in Business Award. It is an award that recognises an overall commitment to innovation, something which is part of Ward Automation’s DNA. John Ward, Managing Director of Ward Automation, said being innovative is a requirement for every project the company works on. “At Ward Automation, we have a passion for innovation,” he said. “It is a vital part of our design team’s process of developing creative solutions to complex automation challenges.” The awards are organised by the Sligo Champion and the winners were announced at a gala dinner on Friday evening at the Radisson Blu Hotel & Spa. 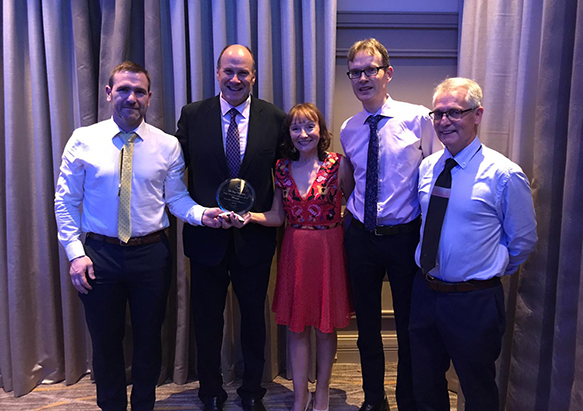