Ward Automation are pleased to be among the Sligo Companies that raised €2,500 for the North West hospice. A team of engineers from Ward Automation took part in The Finisklin Charity Cup for the second year running at Sligo Rovers F.C. The charity soccer tournament, hosted by LotusWorks, is an opportunity for businesses to join together and give back to the local community. This year the event raised a total amount of €2,526 for the North West Hospice.

“The cost of entering a team to the competition was €250 with more fundraising opportunities on the evening. Also participating in the 7’s tournament were teams from Abbott, Stiefel (GSK), Voya Organic Beauty, LotusWorks, Amcor and Lindal Group. With some companies entering two teams into the tournament there was always a possibility that they would meet in a semi-final or final. Both Stiefel GSK teams (Team A and Team B) topped their group stages, leading them to meet in the final.
With under 60 seconds left in the final game and a score of 0 – 0, penalties looked like a possibility. However, Stiefel B, with less than a minute left in the game, scored a goal to lead them to victory and award them the title of Finisklin Charity Cup Winner’s 2019.
The main sponsors of the event were Diverse Printing & Graphics, Total Produce, LMS, Centra Maugheraboy, and Sligo Rovers showgrounds, who offered the use of the facility free of charge. Thanks to the Order of Malta for being in attendance on the evening and to the three referees who volunteered their time and made sure all matches ran to plan.”

Congratulations to Lotus Works for putting on a great event and to the Steifel B Team for winning the tournament. We look forward to next year!

A presentation was made to the North West Hospice on behalf of all teams on Tuesday 2nd July.

For further information on the work of North West Hospice visit https://northwesthospice.ie/ 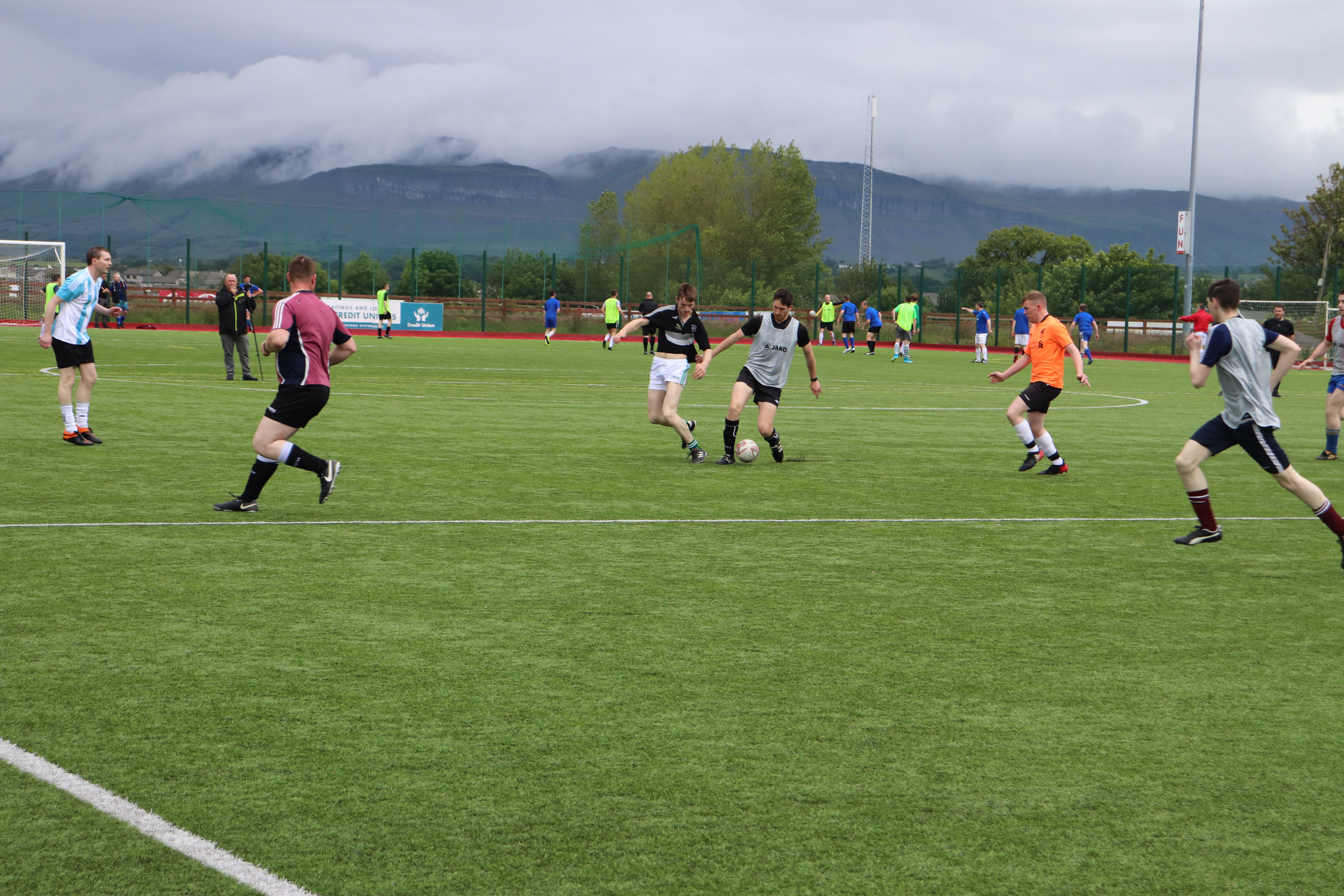 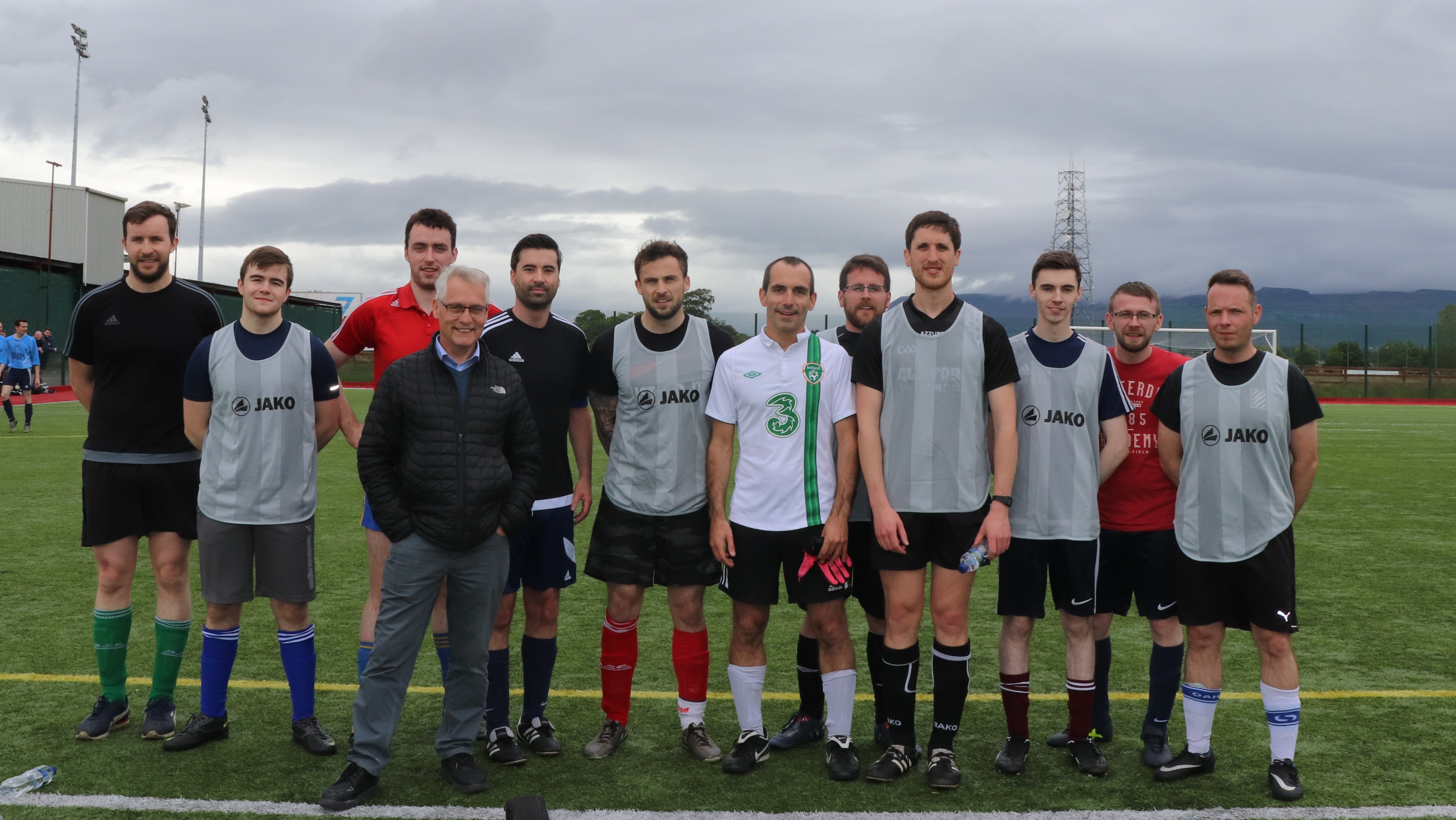